Here you can offer a stipend to our priests as alms for their maintenance, asking them to apply their special fruit of the Mass that they celebrate, in a concrete date for your own intentions. Remember that the stipend is NOT GIVEN AS A PRICE for the Eucharistic Sacrifice. We put here a suggested normal offering including the fees for on-line payments. If you want to offer only £5 you can use this coupon number: 312800ET (Sorry if below appears the expression "price"; it is because the system does not permit to change it) 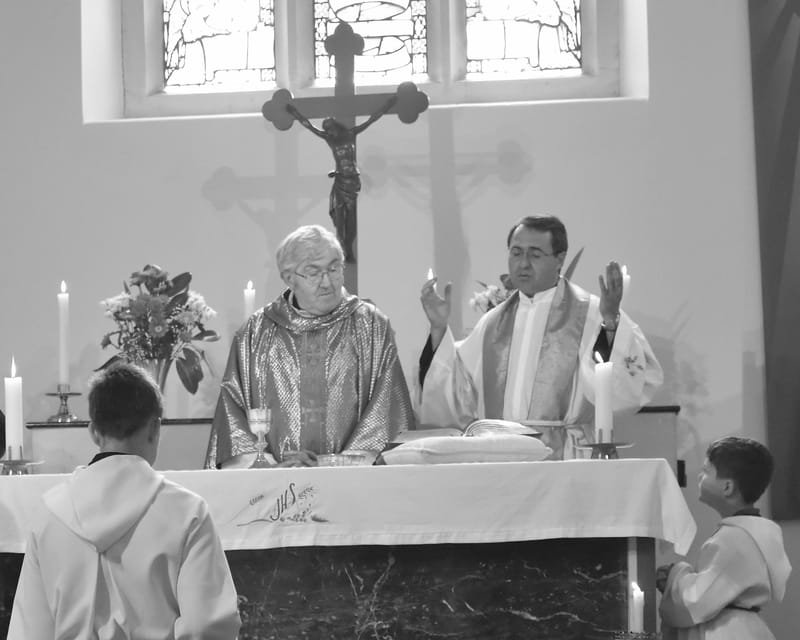 Any Catholic may offer up the Mass in which he or she participates for any good intention. Certainly, graces will accrue in accordance with the intensity of that person’s participation and sincerity. This is a genuine exercise of the royal or common priesthood of the faithful.

However, the custom of requesting a priest to offer the Mass for a specific intention, even when one cannot be physically present at the Mass, is a longstanding tradition in the Church.

This is because the Church considers the Mass as the greatest possible prayer of intercession insofar as it is the perfect offering of Christ to the Father by making present the paschal mystery of his death and resurrection.

Because of the particular role of the priest as mediator between God and man, acting “in persona Christi” when offering the holy sacrifice of the Mass, it is usually considered that special graces may be obtained when he applies the Mass to a particular intention.

The faithful generally make an offering, called a stipend, to the priest in order to apply the Mass to a specific intention.

Mass stipends are thus the offering given to a priest as alms for his maintenance, in return for which he promises to offer a Mass for the donor's intention. By making this offering, the faithful, by parting with something that is their own, associate themselves more intimately with Christ who offers himself in the sacred Host, and obtain thereby more abundant fruits (See Pope Paul VI’s letter “Firma in Traditione” of June 13, 1974).

The offering of a stipend is also a means whereby Catholic may contribute to the upkeep of the clergy, and the Church in general.

The stipend therefore is not given as a price for the Eucharistic Sacrifice.